This example concerns a wind turbine hub. The model is taken from GrabCAD and scaled to fit the NREL 5MW generic wind turbine. As illustrated below, the component is subjected to non-proportional multiaxial loading, causing the principal stress directions to change over time.

The loads file is established by copying the relevant channels from the FAST output files and arranging them in the spreadsheet as follows: 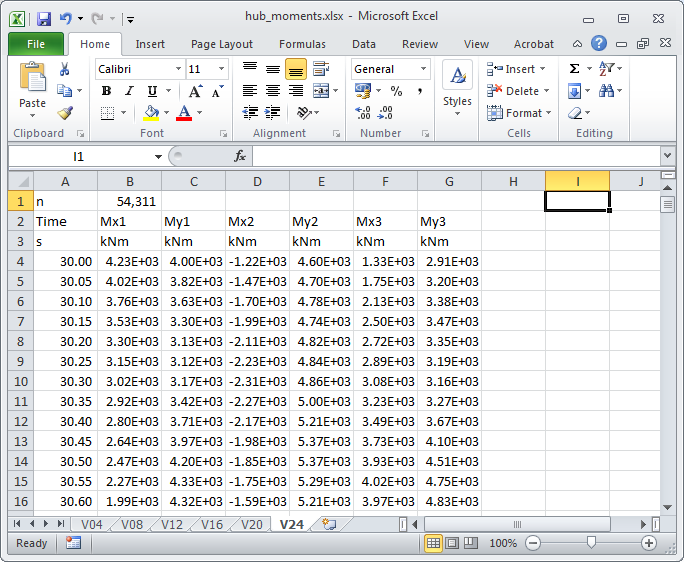 The hub is a great example of a component subjected to multiaxial loads and the pitfalls involved when using “uniaxial methods”, such as principal stresses or von Mises, see also this paper.

The following screenshot shows the magnitude of the numerically largest principal stress as a function of its angle to the x-axis for selected a node in a hotspot. It is clear that the stress state is far from uniaxial and the result of a fatigue analysis using principal stresses cannot be trusted. 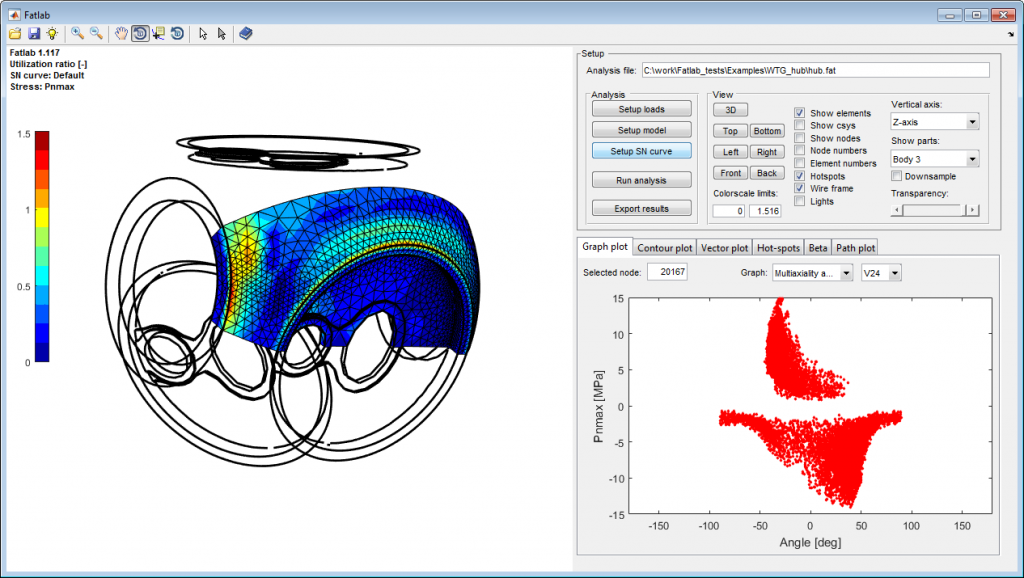 Instead the critical plane approach should be used together with the normal stress criterion, according to GL. The figure below shows an example of this exercise, i.e. the damage is calculated in 36 separate search planes (left) and the plotted as a function of the angle (right). 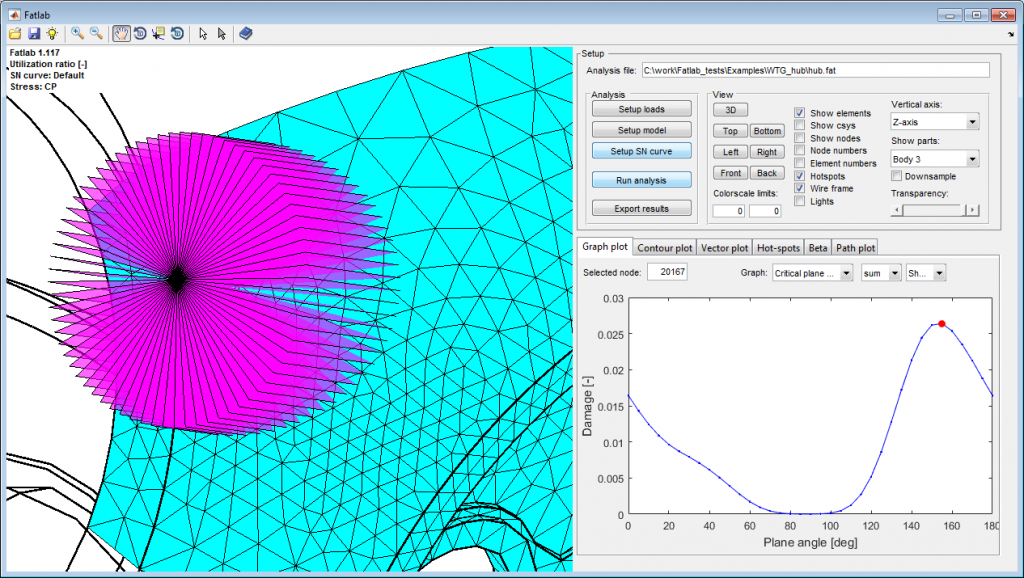