This example shows how to use Fatlabs ability to interpolate the load-stress relationsship in two dimensions. Actually, the load is linear, but it moves around on the model. The model shown below is a fender ring, which is supposed to withstand impact loading on arbitrary locations within the ring. The model is constrained in the vertical tubes. 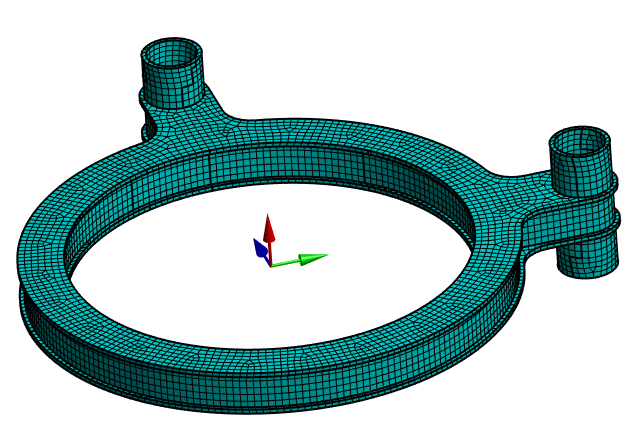 12 FE unit load stresses have been calculated, corresponding to an impact at every 30 degrees around the circumference. These are imported in Fatlab as shown below. Using the add button, all FE files are read, and pressing the parse button fills in the two columns Load and Variable. 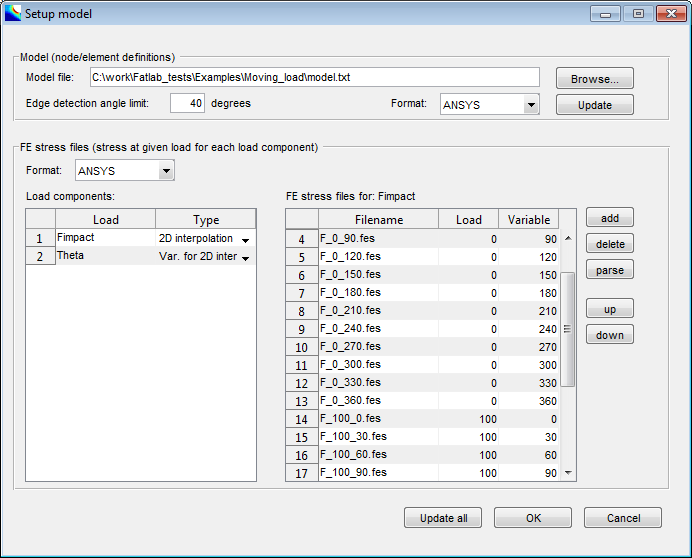 The first 13 FE files are stresses at zero load (#13 is the same as #1). The remaining 13 are stresses at 100kN impact load at some angle. The reason for all these superfluous inputs is that Fatlab needs to span a rectangular grid of FE stress files which fully contains the applied loading, because the 2D interpolation scheme cannot extrapolate. However, all the zero stress files are simply copies, so they are fast and easy to generate.

The loads file contains 6 load cases, which each define 2 impacts on opposing sides in the ring. The loads are defined as impact force magnitude and angle as shown below. 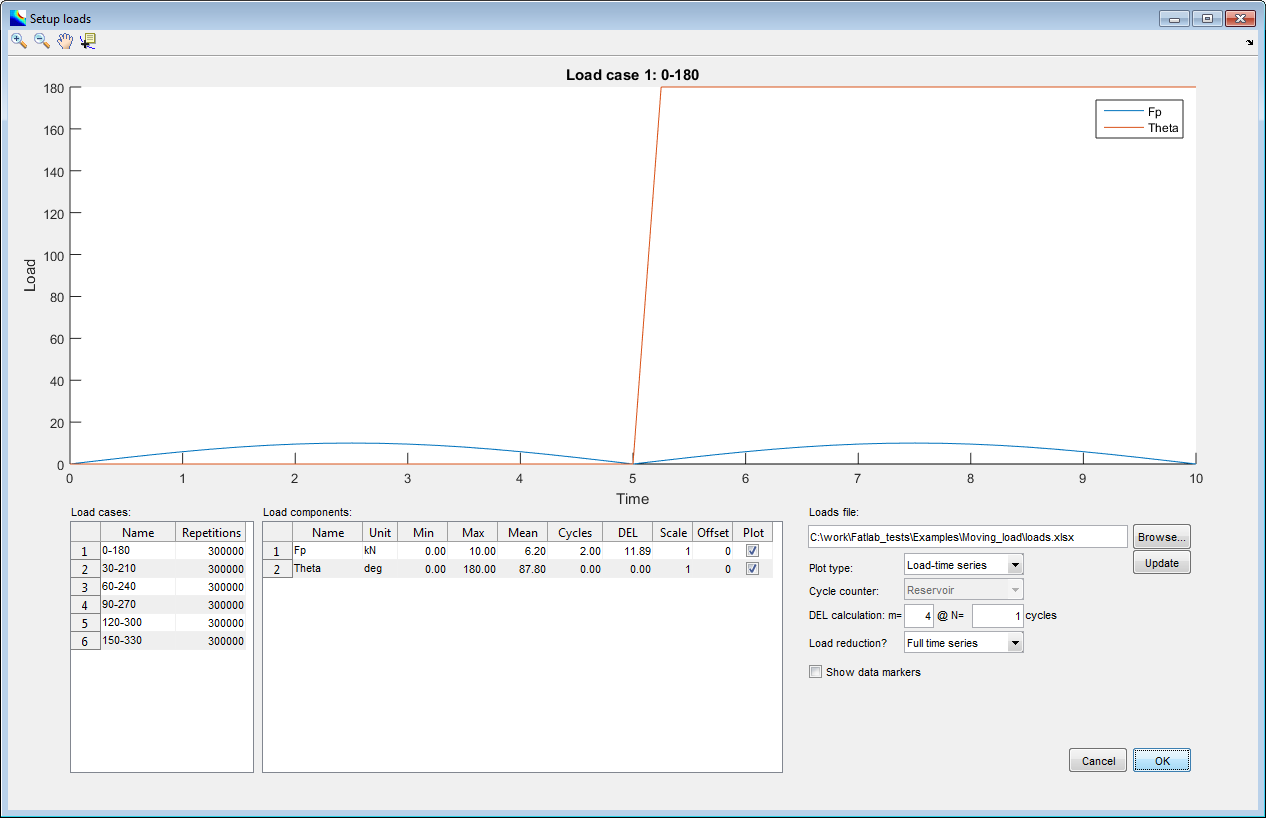 Running the analysis leads to the following results. It is clear to see how the damage is distributed around the circumference at the impact locations. 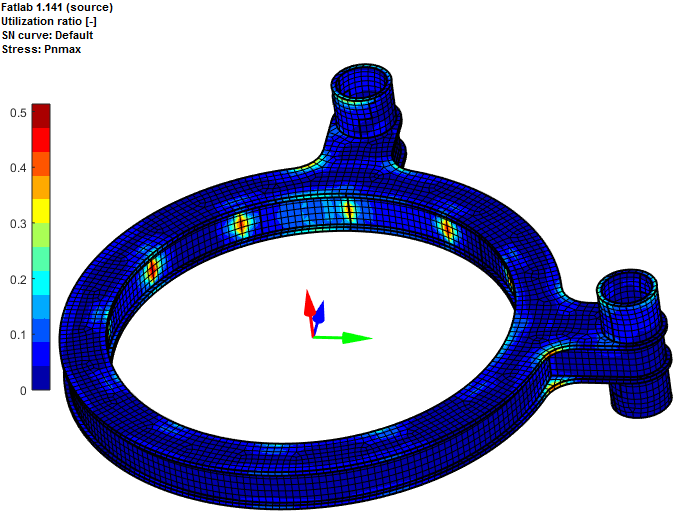